We are excited to share Reema and Christophe’s beautiful wedding we catered at The Willard International has been featured on Modern Luxury Magazine.

A white-coat ceremony brought them together for the first time—and a fusion wedding carried them into their future. Yes, Reema Dedania and Christoph Taylor, both resident physicians, met during their first week at Creighton University School of Medicine. They spent all four years of their program together and were three years into their residency at Vanderbilt University Medical Center before he proposed at sunset on a fall day in the Appalachians “in all [the mountains’] colorful glory,” quips the bride.

Their two-day wedding, which combined Hindu and Catholic traditions and was held at the Willard InterContinental Washington DC (they were drawn to its more than 100 years of history), was equally alive with bright hues. “Colors hold an important position in Indian culture,” says Reema. The pièce de résistance was a peacock made from 6-foot cascading orchids for the escort-card table, bearing handwritten notes from the couple. “It was one of my favorite decor pieces,” adds Reema, who also had a henna design with a skyline featuring every city she and Christoph lived in (Omaha, Phoenix, Nashville) and traveled to (Paris, anyone?) together. 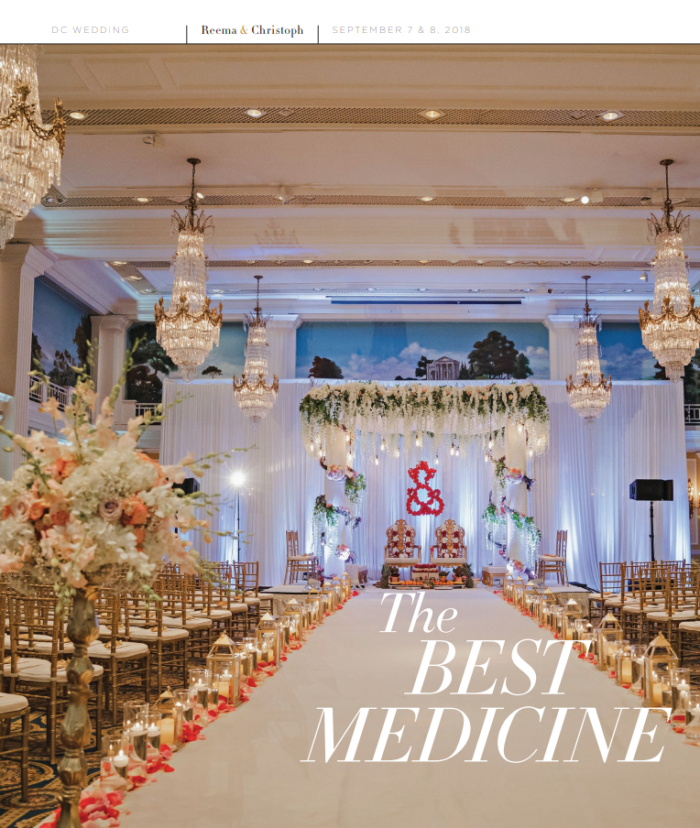 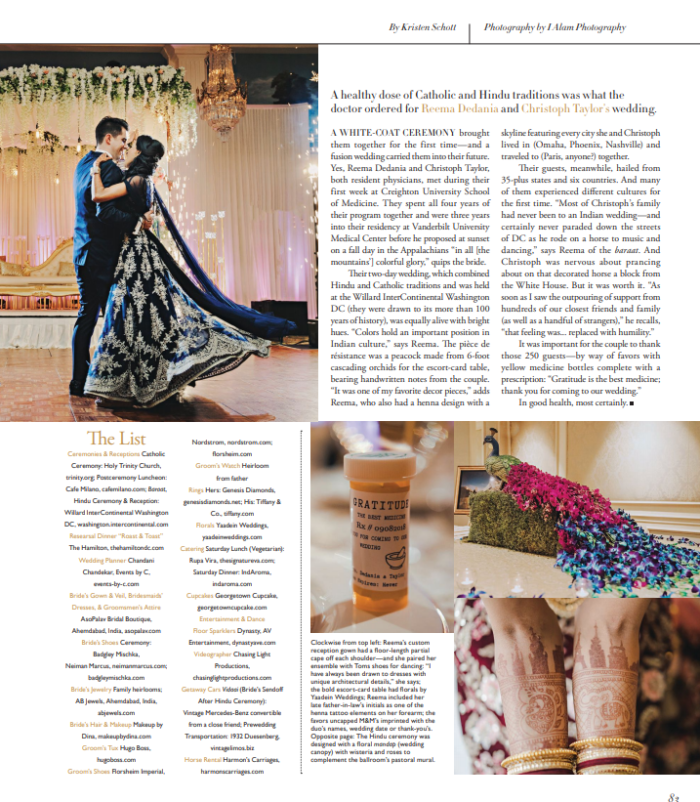 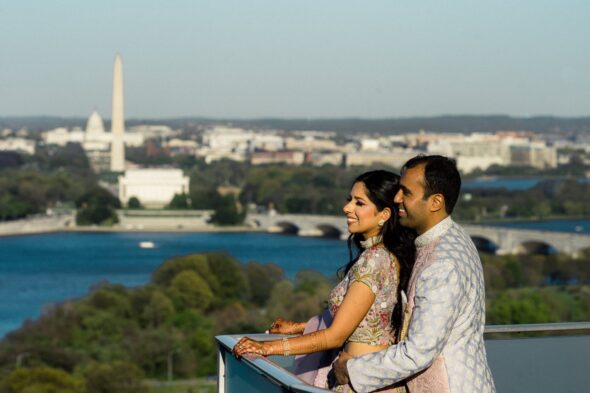 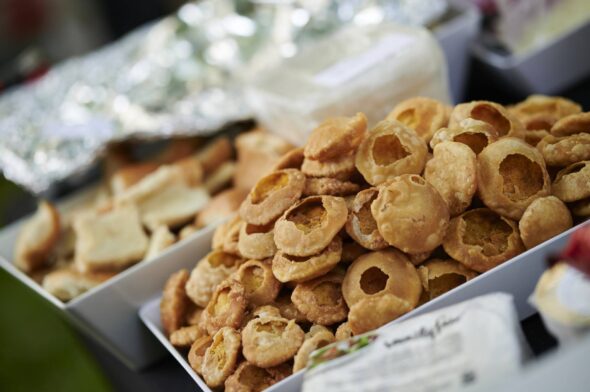 We are excited to showcase the menu and pictures from… 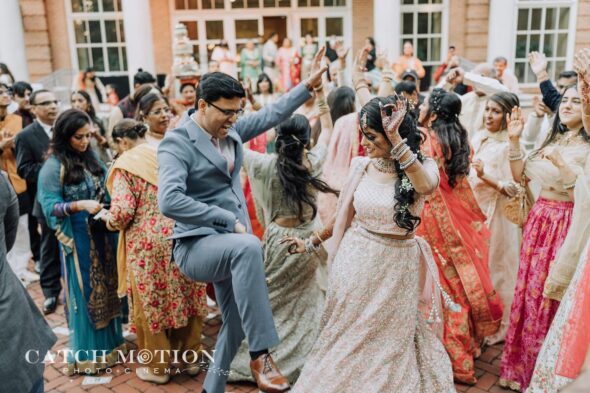 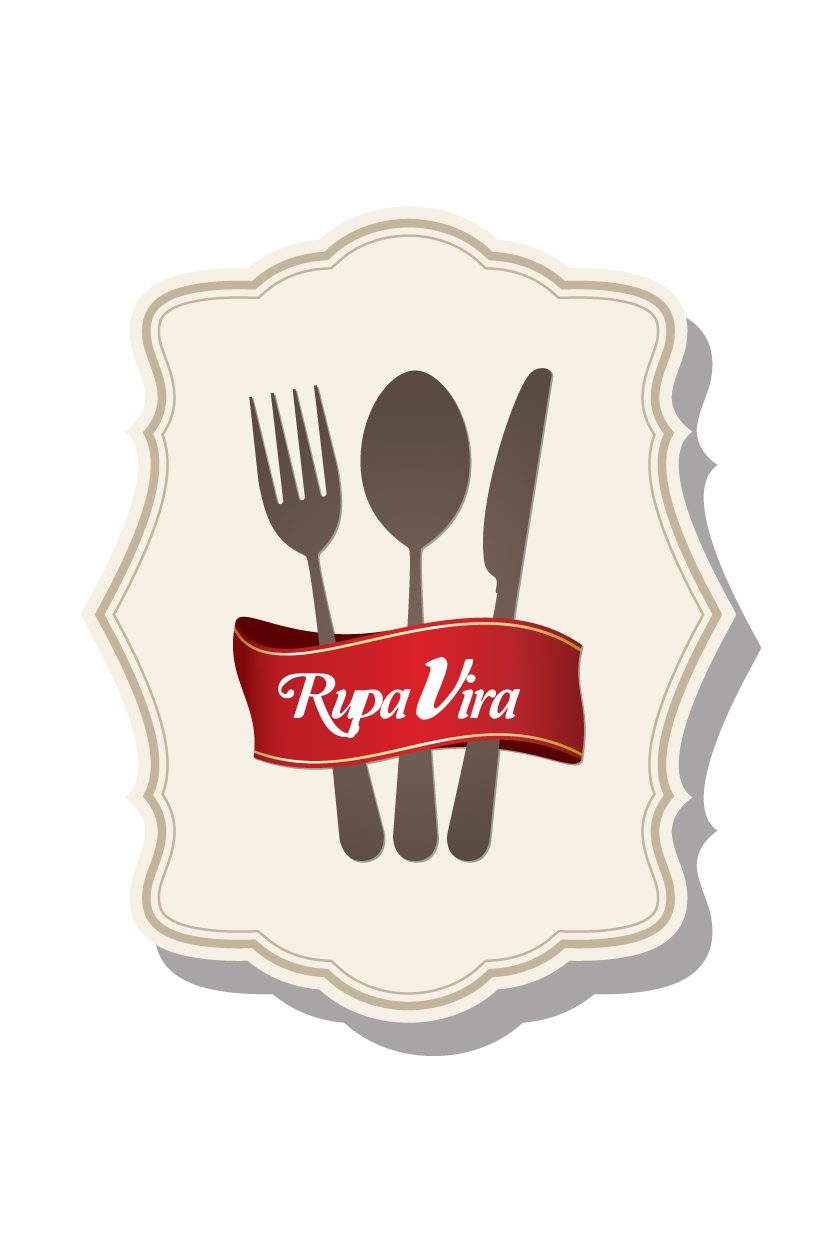